skip to main | skip to sidebar

sermon on the slaughter of the innocents--yeah, it's rough Baruch attah adonai elohenu melech ha-olam. Blessed are you Lord our God, ruler of all possibilities.
*          *          *
[begin with long silence and gaze at congregation]
“When Herod saw that he had been tricked by the magi, he was infuriated,
and he sent and killed all the children in and around Bethlehem
who were two years old or under,”
And Rachel wept, wailed, lamented for her children.
“She refused to be consoled, because they are no more.”


Happy New Year.
Posted by pastoralice at 8:57 PM No comments:

Labels: apparently I didn't get the memo about preaching on holy name, dark, slaughter of the innocents

What needs reforming now?
What is the theme about which we could write 95 theses?
Probably we can think of lots of things out there that need reforming,
but what in here needs reforming?
What is the speck in our own eyes that needs to be removed?
Within the ELCA?
Within Good Shepherd?
Within each of us individually?
We participate in the world, in voting, in civic pride,
but do we put our faith in those systems and leaders?
Do we think that if we put enough money and energy
into the process the country will become Christian again?
As though it was better 50 or 200 years ago?
Perhaps our reformation involves intentionally listening
to the voices of the marginalized
—whether by race, sexuality, youth, status.
Whose voices do we discount?
Or is it simply that we have arrived at this point in history
without meaning to,
doing what we’ve always done because we’ve always done it?
This is what the Reformation is about
—seeing God’s desires for unfettered, active love,
and naming the ways that we block that love.
And we are not about a single Reformation
as much as a call to constant reformation.
Re-forming.
Whether we know it’s happening or not.
Martin Luther didn’t intend to start a new church.
He didn’t want to destroy the church but to call it to account.
He leaned into his challenge to the church because he loved it so much,
because of his respect for the institution
and the people and for Jesus himself.
Whatever we do now to identify the truth of things,
to name our own privilege and to sacrifice power
is because of our love and respect for the church and for people.
We don’t do it because our works will bring the Kingdom here
but because when we repent, when we open our arms in love,
that is the Kingdom here.
I'll close with a video from Britain’s Got Talent. At the beginning, look for the judgment. Then look for the moments of turning. As they see what they've done, look for the Kingdom of God on their faces. Look how beautiful, how loving it is to repent.
http://www.youtube.com/watch?v=RxPZh4AnWyk

Posted by pastoralice at 12:52 PM No comments:

pastoralice
simul justus et peccator literally means "simultaneously saint and sinner." i have been cleansed of my sin/wrong-doing/bad karma and have been given New Life and yet i continue to sin/do wrong/screw over my karma--how can this be? and yet it is. it is a great comfort to me to know that back in the day, theologically speaking, people were struggling with their salvation. plus we have a lovely latin phrase to sum it up.

things that are awesome 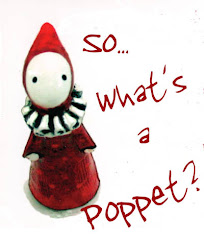